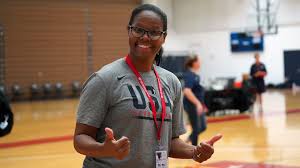 Under McCray-Penson, you can expect Bulldogs to retain a defense-first mentality

Vic Schaefer has left Mississippi State, but the Bulldogs women’s basketball identity likely will not change with the hiring of Nikki McCray-Penson.

Under McCray-Penson, the Bulldogs likely will retain a defense-first mentality.

If I heard Schaefer say it once, I heard it a hundred times, “I believe you win with defense.” His teams played that way.

From all accounts, McCray-Penson’s will, too.

Listen to Mississippi Sports Hall of Fame coach Van Chancellor talk about McCray-Penson. “She’s one of the best defensive players to have ever played the game,” Chancellor said. “Honestly, I don’t know if I ever saw one better. She was a great, great player and it was mostly because of her defense. I’ve always thought you could tell a lot about how a coach coaches by the way they played when they were a player. I believe that’s the case with Nikki.”

Chancellor, also a Naismith (international basketball) Hall of Famer, went on: “Besides all that, she’s a hard worker and classy person with a warm, infectious smile. She’s a great hire for Mississippi State.”

Chancellor, a Mississippi State alum, qualifies as an expert. He was SEC Coach of the Year three times at Ole Miss, WNBA Coach of the Year three times with the Houston Comets. He coached the Comets to the first four WNBA championships. He coached the U.S. to a World Championship and then Olympic Gold. He also coached against McCray-Penson when she was one of the legendary Pat Head-Summitt’s best-ever players at Tennessee. He watched her when she was a two-time Olympic gold medalist. He coached against her in the WNBA. He covered her as a TV analyst when she assisted Dawn Staley at South Carolina.

“I know Dawn really hated to lose her when she took the head coaching job at Old Dominion,” Chancellor said. “Dawn thought she helped them a lot defensively in all they achieved at South Carolina.”

McCray-Penson took that same defensive emphasis to Old Dominion where her team finished 24-6 this past season, primarily by holding opponents to a 35.3 shooting percentage, 24.3 percent from beyond the 3-point line. For comparison sake, Mississippi State opponents shot 39.3 and 31.7 percent last season.

When McCray took the Old Dominion job, her first as a head coach, she did more than hint at her coaching philosophy in her introductory press conference.

Mississippi State athletic director John Cohen says everyone he spoke with about McCray-Penson sounded as if they were parroting one another.

“Everybody said the same thing,” Cohen said. “They all spoke glowingly of her competitiveness and her personality. They talked about her ability to recruit and her attention to detail as a coach. It was a combination of attributes that convinced me.”

From all reports, McCray-Penson already has passed her first test at State. Schaefer left behind a talented, deep roster that clearly has Top-10 potential if held together. Many State fans worried, whether warranted or not, that some players might follow Schaefer and his staff to Texas.

Over the weekend, State’s key returning players all indicated through social media they plan to remain in Stark Vegas and look forward to playing under McCray-Penson. Defensively, at least, they might not notice much change.

This article first appeared on Mississippi Today and is republished here under a Creative Commons license.